Open your MS Word and apply the following format:

When the layout is complete, just follow the following sample:

KNOW ALL MEN BY THESE PRESENTS:

(Any party can be represented by a third party provided he/she is duly authorized in writing through a special power of attorney.)

That the FIRST PARTY is the owner of a parcel of land known as:

WITH MY MARITAL CONFORMITY:

Signed in the presence of:

REPUBLIC OF THE PHILIPPINES)

BEFORE ME, A Notary Public for and in the City and Province of Iloilo this ___ day of __________, 202_ at ________, Philippines, personally appeared the above-mentioned parties with their respective competent evidence of identity below their names, known to me to be the same persons who executed the foregoing instrument, and they acknowledged to me that the same is their own free and voluntary act.

This instrument refers to a “Contract to Sell” consisting of ____ pages including this page where the acknowledgment is written and has been signed by the parties and their instrumental witnesses on each and every page.

WITNESS MY HAND AND SEAL. 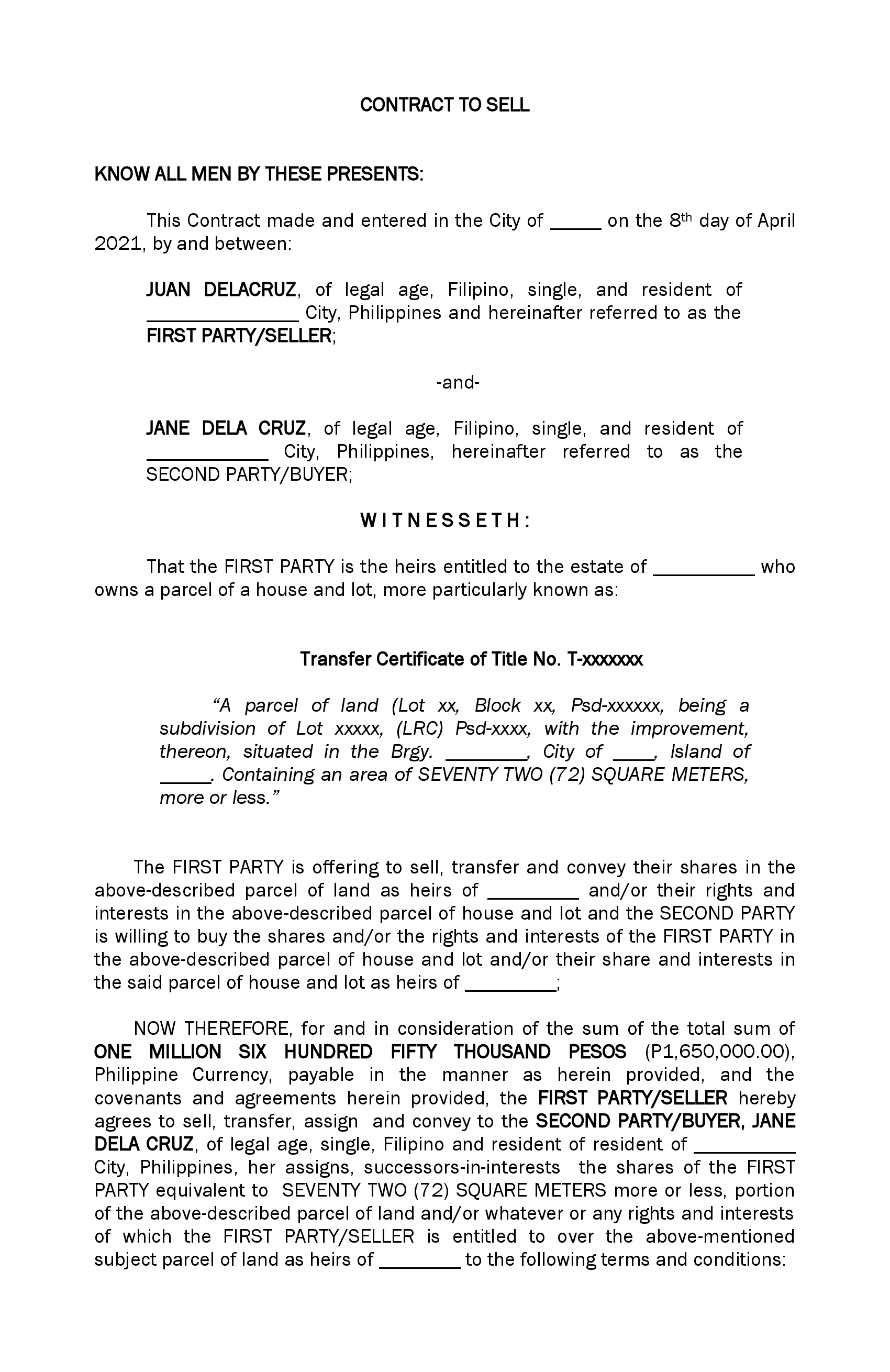 When everything is done, print atleast four (4) copies and the Principal must acknowledge the same to the Notary Public.

For comments or suggestions, you can leave a comment below or leave us a message. You can find us in Pinterest and please subscribe to be notified of more updates.